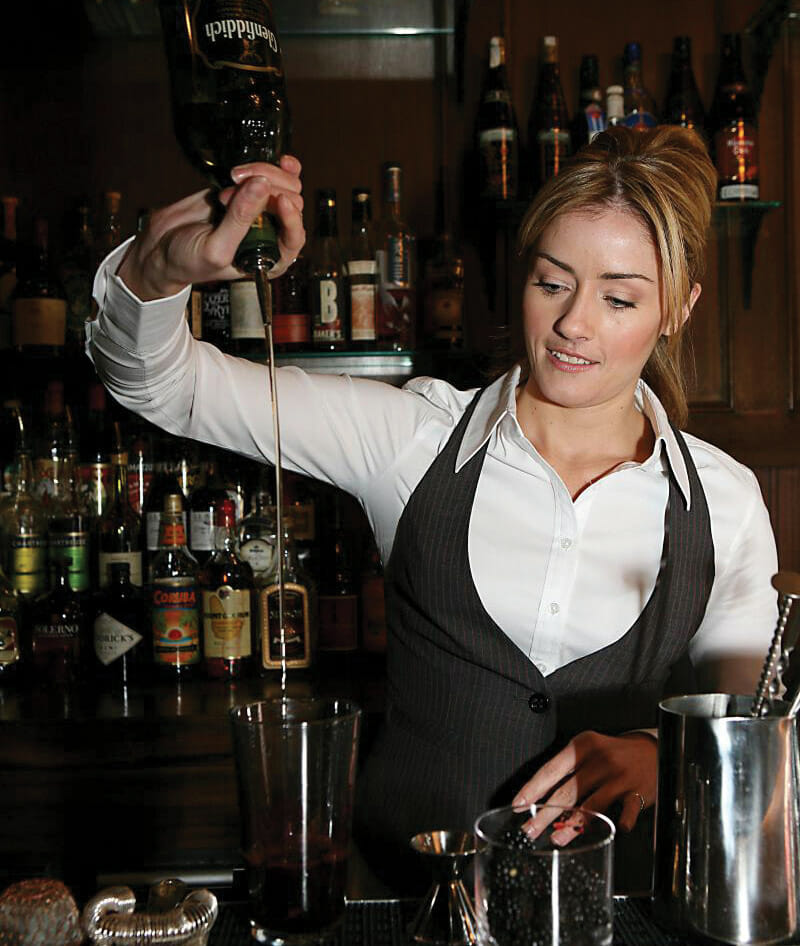 Charlotte speaks at major industry events and has created cocktails on menus across the world including New York’s famed PDT and the iconic Dorchester Hotel in London. In addition, Charlotte manages the cocktail programs at some impressive venues such as the Mandarin Oriental, Las Vegas, FIG and Fairmont, Santa Monica, Kenmare, Cienfuegos and the Gramercy Park Hotel in Manhattan and most recently the W Hotels Downtown NY and Austin.

Charlotte Voisey has not only overseen bars in Barcelona, Buenos Aires and London, but in 2002, with the Gorgeous Group, Charlotte opened classic cocktail bar Apartment 195 in London and soon after was named UK Bartender of the Year. In 2005 Charlotte was invited to guest bartend at the Aspen Food & Wine Classic and consequently fell in love with the US cocktail community. One year later Charlotte officially made the move stateside to represent her favorite spirit, Hendrick’s Gin.

Charlotte still competes internationally and won a silver medal at the World Female Bartender Championships in Italy in 2006 and in 2008. Her Punch & Judy was named cocktail of the year by a panel of peers at Tales of the Cocktail.

Charlotte’s passion for all things spirits and cocktails keeps her in an active speaking role at all major industry events including Spirits of Mexico, Aspen Food & Wine, the Manhattan Cocktail Classic, Las Vegas Nightclub & Bar Show, The New York Times Travel Show, Cheers Beverage Conference and Tales of the Cocktail where Charlotte has twice won the Golden Spirit Award for Best Presenter in 2007 and 2009 and Best American Brand Ambassador 2010.

A keen student of the craft of the cocktail, Charlotte’s mixology style is ever evolving and exciting to follow. Charlotte currently looks after the coveted spirits portfolio, and Brand Ambassador team, of William Grant & Sons in the capacity of Company Mixologist.